Similar to Home Alone 3, it shares no major connection to Kevin McCallister or his supporting characters, and instead features completely brand new characters and a protagonist, however there is one small reference to the original films nearly an hour into the movie.

Ten-year old Finn Baxter and his family move from California to Maine and settle into their new home. Finn and his older sister, Alexis, are obsessed with technology, and refuse to do anything with their parents or socialize with anyone else. Shortly upon arrival, Finn befriends a neighbor kid, Mason, who tells him about the legend of the ghost which haunts the house that Finn's family is moving into.

Meanwhile, the house is being targeted by three thieves - Sinclair, Jessica, and Hughes, who plan to steal a valuable painting that's hidden inside. Sinclair mentions the painting they are looking for is called The Widow by Edvard Munch, a portrait of his great grandmother and family which was stolen over a hundred years ago. While the family is out shopping the next day, the thieves break into the house; finding a hidden safe in the basement. However, before they could locate the painting, the family returns and the thieves are forced to flee. As Sinclair leaves, he notices an invitation the Baxters received for a Christmas party and plans to return while the family is at the party.

The next day, Mrs. Baxter and her husband prepare to go to the Christmas party arranged by her new boss and discover that her kids aren't ready yet; Finn is more focused on video games and Alexis on her cell phone. Fed up, she decides to leave them home alone while she and her husband attend the party. However, a snowstorm that gets progressively worse results in the roads leading down the mountain closing, forces the parents to stay at the party.

Finn wreaks havoc throughout the house before violating his mother's rule of not playing video games while his parents are at the party. When the game controller Finn is using runs out of batteries, he gets new ones, but accidentally drops one battery down the basement steps. Finn and his sister, Alexis go down into the basement and find the safe, which had been left unlocked from earlier. They then discover a secret room accessed through the back of the safe with the painting that Sinclair was looking for. But after scaring Finn out of the room, Alexis accidentally activates a trap which locks her in the room.

Unaware that his sister is trapped, Finn goes back to his video game upstairs. While online, Finn meets Simon, a young man who spends most of his time gaming. As they chat, the thieves return and Finn hear's Sinclair's heavy footsteps outside, believing that it's a ghost. He runs around the house turning lights on. Outside, the thieves notice lights turning on all over the house which deter their attempt to enter. Finn then hears his sister's yelling from the basement. When Finn discovers what had happened to her, he rushes to the hardware store to buy tools to break her out.

After leaving the hardware store, only being able to purchase a roll of string, Finn accidentally bumps into Sinclair outside a coffee shop and realizes that it was his footsteps he heard outside the house earlier and not a ghost. He then overhears Sinclair, Jessica, and Hughes' plan to break into the house. Finn rushes home and tells Simon about the upcoming break-in and asks how to defend the house. Simon gives Finn suggestions on traps, believing that it's a game.

Finn begins setting up traps such as pouring water on the front steps which would then freeze into ice (a trap from the original Home Alone film), spreading marbles all over the garage floor and setting up a snowblower to shoot the marbles, an eggnog catapult, a stocking full of coal, Christmas wrap and tape strung around, a container of tar above a window, a plate of nasty-tasting gingerbread men and a nearby cup of milk (actually glue), and rigging the kitchen sink garbage disposal to shoot cotton.

The thieves go to the front and notice the slippery walkway. They don't fall for it, and go to the garage door. Jessica and Hughes lift the roll-up garage door, but they actually pull a barbell from a ramp, which rolls under the door and trips them. Jessica goes around to the side of the house and opens a window, but she gets hit with the stocking full of coal. Hughes goes in the garage and puts the door down, but he activates the snowblower which launches the marbles all over the floor onto him.

Sinclair tries to climb into Finn's room via the second floor window. But, while climbing, he gets his foot caught in a strand of Christmas lights. He then loses his balance and falls to the ground. Meanwhile, in the kitchen, Hughes notices the gingerbread man and eats it, despite Jessica telling him not to. He realizes it tastes bad, and drinks the glass of glue. He turns on the garbage disposal and it shoots the cotton balls that stick to the glue on his face. Sinclair climbs into the window and gets scared because Finn set up his room to look like it was haunted by the ghost of Jimmy "Dead Leg" Gravano. Sinclair runs out of the room and runs into the Christmas wrapping paper and tape. Finn shows up and pushes Sinclair down the stairs.

As the thieves spring each of his traps, Finn notifies Simon that his traps are working. This time, Simon realizes that Finn is serious and attempts to contact Finn's parents who are rushing home. The parents, however, mistakenly think that Finn and his sister had been kidnapped by Simon and call the authorities.

Back at the house, Finn has run out of traps and is captured by the thieves. They lock him in their van and Jessica guards him while the other two go back inside to open the safe. Mason, however, distracts Jessica by throwing snowballs at her and eventually knocks her out with a chunk of ice. Finn escapes to save his sister and Mason deals with Jessica by encasing her inside a snowman. Sinclair and Hughes succeed in opening the safe a second time only to find Alexis with the painting, threatening to destroy it. Finn makes it back in time for plan B and frees his sister while locking the other two thieves in the basement by pulling a rope that was attached to the same trap that his sister activated earlier. The authorities arrive, shortly followed by Finn's parents afterwards. Sinclair, Jessica, and Hughes are arrested, the painting is recovered by a museum, and the family is rewarded $30,000 for helping to capture the criminals. Finn and his mother contact Simon to thank him for his help, apologizing for the kidnapping confusion and offer him a plane ticket so that he can visit his own family for Christmas. Mr. Baxter then reveals that the painting in the basement was actually a work of Edvard Munch (the artist who was known for The Scream, of which the cover of the original Home Alone film was based on).

On Christmas Day, Finn receives a snowboard and an expansion pack to his favorite video game as gifts. Finn, however, decides to take a break from video games and goes snowboarding with Mason. Finn is last seen having a snowball fight with Mason as they leave to go snowboarding together. In the final scene at the police station, the thieves are shown having their mugshots taken and the officer puts the mugshots into a portrait. 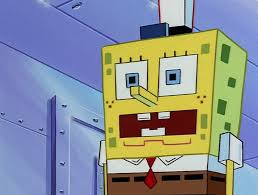