"ITS BAD NEWS FOR BAD GUYS

Home Alone 3 is the third film in the Home Alone movies written and produced by John Hughes. The film is directed by Raja Gosnell, who served as the editor of both original films, and stars Alex D. Linz as Alex Pruitt, a resourceful boy who is left home alone with an illness of chicken pox and has to defend his home from four international robbers.

In Hong Kong, a mob boss for a North Korean terrorist organization hires participants and reveals a plan to retrieve a U.S. $10 million missile cloaking microchip. One of the participants, prolific criminal Petr Beaupre (Krupa), forms a quartet of associate hitmen; Earl Unger (Thornton), Burton Jernigan (Dohlen), and Alice Ribbons (Kihlstedt), for this mission. Later in Silicon Valley, California, a man gives them the chip and informs them of the item's use. Once he receives the payment, he and the criminal quartet split up to catch their respective flights. Prior to leaving for San Francisco International Airport, the criminal quartet hides the chip inside a remote control car in order to sneak it past airport security at San Francisco International Airport.

However at the airport, extra security screening procedures result in a luggage mix-up, causing Mrs. Hess (Seldes), who is carrying loaves of sourdough bread in a similar bag, to inadvertently take the criminal quartet's bag containing the remote control car while returning home to Chicago. The criminal quartet arrives in Chicago and systematically search every house in Mrs. Hess' neighborhood to find the chip.

8-year-old Alex Pruitt (Alex D. Linz) is given the remote control car by Mrs. Hess for shoveling snow, but she lectures him for scratching numerous itches. After returning home, Alex undresses to discover that he is ill with chickenpox and therefore, must stay away from school. While at home, Alex sees the quartet on lookout for the chip through his telescope. Upon discovering Beaupre in a neighbor's house, he alerts the police. However, the quarter leave the house before the police arrive. After Alex reports the thieves again the next day, they still manage to flee, and the police do not believe him (similar to Aesop's fable of "The Boy Who Cried Wolf"). His mother Karen and his father Jack refuse to believe him, as do his siblings Stan and Molly.

Alex decides to take matters into his own hands, and mounts a camera on his remote control car, attempting to film some footage of the quartet as they search every house for the chip. He successfully films Beaupre, but the remote control car is discovered before it can get away, and Beaupre takes the tape. A chase ensues wherein Alex manages to outrun them. Wondering what the quartet wants with a remote control car, Alex opens it and discovers the stolen chip. He immediately calls Chicago's Air Force Recruitment Center and informs them about the chip, leaving his number and address and instructing them to forward it to the proper authorities.

After a phone call involving Karen and the quartet, they conclude that Alex has the chip and decide to pursue him. As a snowstorm hits Chicago, the thieves block off the road to the house, and Alice duct tapes Mrs. Hess to a chair in her garage and leaves the door open. By this point, Alex has armed his house with booby traps including filling up a water balloon, setting a Santa flower pot by the attic window, getting Stan's radioactive fireworks and setting them up in the snow fort, setting up a trunk full of books by the attic window, setting a spring-loaded boxing glove in the front coat closet, setting up an electrified yarn, putting marbles underneath the welcome mat, and removing the pool diving board to put the trampoline in its place, and prepares to set them off with his pet mouse, Doris, and the loud-mouthed pet parrot of Stan. Jernigan goes around to the side of the house and sits down in a lawn chair wired to a car battery, wherein he is electrocuted. Unger also suffers the same fate when trying to cut the yarn fence in the front of the house. In anger, he jumps over the fence and lands on the welcome mat with the marbles underneath it, which causes him to get poked by the door knocker. Beaupre shows up and disables the traps before cutting a wire, thinking he is clever, which causes the trunk full of books to crash through the attic window and hit them on the heads. Out back, Jernigan gets soaked by a garden hose. Alex then cuts a string that was holding a huge barbell on the gutter, which then slips off the gutter and lands on Beaupre and Unger.

The quartet decide to split up. Beaupre would go in the front, Unger would take the north side, and Alice would take the south side. Beaupre attempts to open the front door, but Alex screwed it shut. Thus, Beaupre injures his back by pulling too hard on the door. Unger then gets hit by a water balloon and Plaster of Paris. Alice tries to open the fence gate, but gets her glove caught in adhesive glue and loses it. Alex then sprays Beaupre with black spray paint, making it look like he's wearing a mask. He gets mad, and gets a cutter and uses it to cut the door open.

Meanwhile, Alice jumps over the gate, but she gets caught in mud and falls on a string attached to a Santa flower pot, which hits her on the head. Jernigan then sees an open window on the second floor and goes to the garage to get a ladder. He sees a pair of shoes sticking out from the ceiling and thinks it's Alex, but it's actually a stuffed monkey attached to a lawnmower cord. Jernigan pulls the monkey, which makes the lawnmower start up and fall through the ceiling onto his head, making an awful haircut on him. Meanwhile, Unger gets hit in the head by a window. Beaupre cuts open the front door and opens it, but a string attached to the door is also attached to a crying doll in the coat closet. Beaupre thinks it is Alex and opens the door and gets hit by the spring-loaded boxing glove. He falls on his shotgun, which blows up. Unger gets his feet in adhesive glue due to stepping into two Mega Blocks carts with wheels. Jernigan climbs through the window using the ladder and spots Alex, but falls through the floor and into the basement and lands on a toilet and crushes it.

Alice thinks she is smart when she discovers Alex sawed the steps in half, and uses the hand rails to swing to the porch, not knowing they were also sawed, causing her to fall on the steps and injure her back in the process. Inside the house, Beaupre steps on a whoopie cushion with speakers around it, which startles him. Alice snaps her back into place and does a bunch of flips onto the porch, but she falls through a loose plank of boards down to the basement. Beaupre hears her and goes outside. He falls, too, and crushes her. Unger heads to the basement, but he trips over a barrier, falls down the stairs, gets his fingers caught in a mousetrap, accidentally shoots a toilet pipe with his gun, and gets drenched with raw sewage.

Alex's mother suddenly calls him on the phone, and he lies by saying he is playing Chinese checkers with Mrs. Hess. Alice, Jernigan, and Unger go upstairs and search for Alex. Earl sees him hide in the closet, but they think he is an idiot when he opens the door and only sees laundry. Alex hid in the sack attached to the door.

Jernigan and Alice go into Molly's bedroom and they think Alex is fast asleep in the bed, but it is actually another stuffed monkey with a beach ball under it, and they soon realize it was not Alex. Alex whispers to Doris to go. She goes into Jernigan's pants. Alice screams and asks Jernigan not to move. But, Doris escaped before Alice could smack her with a hockey club, and hits Jernigan instead. Unger and Alice attempt to grab Alex by the attic door, but they bang their heads together, and Unger gets hit by the attic door when Alex closes it. Jernigan complains to Alice for hitting his groin, yelling "You smacked my winkie!" but she says if he'd change his shorts, he wouldn't have "rats in his pants".

Alex flees to the attic and takes the dumbwaiter down to the basement, then runs outside and calls to Alice, Jernigan and Unger. The trio sees Alex and notice a trampoline below them. Jernigan and Unger jump, but the trampoline gives way and they fall into a frozen swimming pool. Alice then wriggles her way into the dumbwaiter shaft, but falls down to the basement and suffers temporary paralysis, as Alex had removed the bottom before escaping the house.

Beaupre corners Alex when the latter rescues Mrs. Hess, but Alex scares him off with a bubble gun painted to resemble a Glock. Meanwhile, the FBI, who has also been tracking the chip, goes to Alex's school after being tipped off by the Air Force Recruitment Center. Alex's family brings the agents to their house, where the police arrest Alice, Jernigan and Unger. The family and the police apologize to Alex for not believing him earlier, and Agent Stuckey thanks him for his help. However, Beaupre manages to escape and hides in the snow fort in the backyard. Alex's brother Stan's pet parrot drives the remote control car into the snow fort and threatens to light fireworks which are lined around the inside. Beaupre offers a cracker, but the parrot demands two. Since he only has one, the parrot then lights the fireworks, and escapes. Beaupre's cover is literally blown, and the police arrest him as well.

Later, the Pruitts hold a celebration for Alex' success while their house is being repaired. Mrs. Hess, who befriends Alex after he successfully rescues her, attends the celebration with the FBI and the police while they are joined by Jack, who returns home from a work trip, and surprises Alex with another remote control car. The four thieves have contracted Alex's disease while having their mugshot photos taken.

The film was pitched at the same time as Home Alone 2: Lost in New York, and it was planned to produce both movies simultaneously; however, those plans fell through.

The idea for a third Home Alone movie was revived in the mid-1990s; early drafts called for Culkin to return as a teenage version of his character. However, Culkin had dropped out of acting. As a result, the idea was changed to make an entirely new film centering on a new cast of characters. It was filmed in Chicago and Evanston, Illinois, with the airport scenes being shot in two different concourses at O'Hare International Airport in Chicago.

The film grossed $79,000,000 worldwide. Critical reception for the film was generally negative upon release. It holds a 27% "rotten" rating at Rotten Tomatoes based on 21 reviews and was nominated for a Golden Raspberry Award for "Worst Remake or Sequel." Roger Ebert of the Chicago Sun-Times, however, gave the film a positive review (3 out of 4 stars) and says he found it to be "fresh, very funny, and better than the first two". 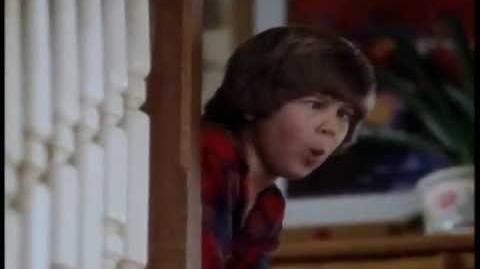 Add a photo to this gallery
Retrieved from "https://homealone.fandom.com/wiki/Home_Alone_3?oldid=31033"
Community content is available under CC-BY-SA unless otherwise noted.