Home Alone 4: Taking Back the House

When Peter arrives at Natalie's, they turned the music on and kissed in a true-love sort of kiss, they were doing it in privacy. When Kevin arrives there, Peter is glad to see him but Natalie seems to hate children so she wasn't very 'I'm so glad you came'. She was more like 'I just want to stay here with Peter, I hate him being here'. Then, the next day after her and Peter went out, Molly went to the store, Mr. Prescott doing his own things, Kevin's archenemy, Marv and his wife Vera show up. Kevin turned the shower on and the house flooded. Natalie freaked out when her and Peter got back, causing Mr. Prescott to give her a paper bag. Then, Kate came with Buzz and Megan. Natalie was happy to see Kate but unhappy to see Buzz and Megan. Then that evening, with Peter and Natalie gone to pick up the royal family and having a dinner afterwards, Kevin uses a spy device that Natalie gave Kevin as a gift. Marv and Vera show up as chefs and Prescott picks up Kevin and Kevin ends up locking Mr. Prescott in the freezer. Kevin then listens to Marv and Vera planning to kidnap the prince and they fall out Kevin's window. With the royal flight snowed in, Natalie begs Peter that they announce their engagement. Marv and Vera get burned and chaos goes on in the dining room (everyone was falling into each other). Natalie and Peter were very, very unhappy and told Kevin off for doing that. Natalie then explains to Kevin that she will kick him out of the house if another incident happens, believing Kevin to be doing this to get her and Peter apart.

On Christmas morning, Kevin is disappointed after learning that Peter and Natalie are getting ready to go to O' Hare to pick up the royal family. Kevin then sees Marv and Vera come in again and it is battle time. Molly then locks Kevin in the wine cellar with Mr. Prescott. Peter heads back to the mansion after getting this weird feeling that there is something wrong back at the house. After Kate also rushes there and Natalie and the royals arrive back, Molly, Marv, and Vera are arrested. Mr. Prescott quitting after taking an advice from Kevin. Peter and Natalie break up, and Peter reconciles with Kate. The movie ends with a saddened Natalie needing a paper bag, and the royals along with Mr. Prescott hang out with the McCallisters on Christmas Day. 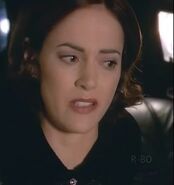 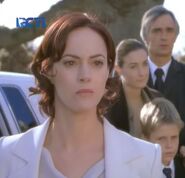 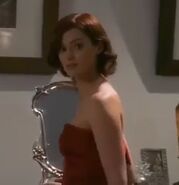 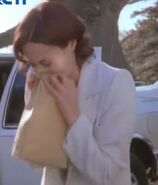 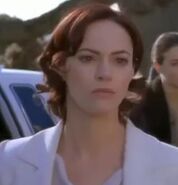 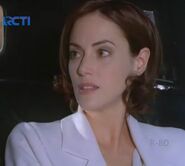 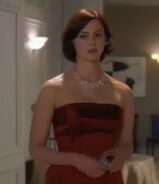 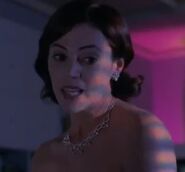 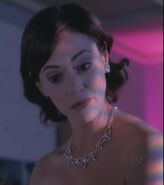 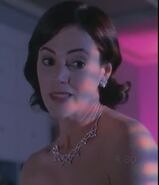 Retrieved from "https://homealone.fandom.com/wiki/Natalie_Kalban?oldid=29587"
Community content is available under CC-BY-SA unless otherwise noted.